This article is an introduction to different default gateway solutions. Those technologies are enabling devices on IPv4 local subnets to have more than one Default gateway configured or at least some configuration that make them work half the way of ideal redundant solution. Idea behind this article is to be an introduction to a set of articles that will explain different redundancy solutions based on IPv6 technology. Some of those technologies, will be used in future and some of them already existing and suggested to be used from day one on IPv6 implementation. 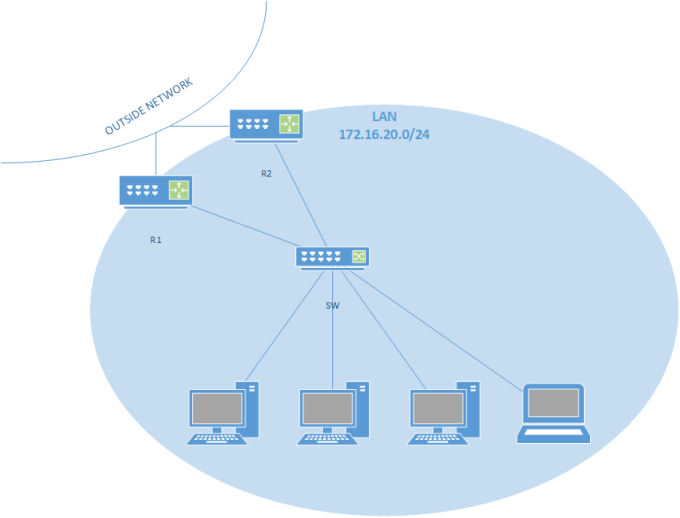 The fact that there can be only one default gateway IP address configured on almost every device in the network it’s sometimes a limitation. It basically makes network hosts completely reliant on only one router when communicating with all nodes that are not on the local subnet. There is no redundancy and that’s the issue.

But I have two routers that can be Default Gateway for the subnet?!?

VRRP, HSRP, GLBP i.e. Virtual Router Redundancy Protocol, Hot Standby Router Protocol and Gateway Load Balancing Protocol represent protocols that are making default gateway redundancy possible. Issues related to a host knowing a single IP address as its path to get outside the subnet. You configure one IP address on all devices on the subnet and then two routers/L3 switches in VRRP,HSRP or GLBP configuration will work together to act as a single device using different techniques. VRRP and HSRP will do Active-Passive configuration and GLBP will also have a possibility to work in Active-Active config. (More about those protocols in a separate article)