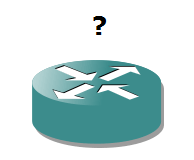 Please note that this article is more or less pure speculation. The fact is that CCIE R&S v5 blueprint will be presented 28th January 2014 on Milan’s Cisco live event everything else is yet to be announced.

From Milan’s Cisco live 28.1.2014 there is an CCIE R&S v5 blueprint event scheduled. When Cisco wants to speak about new CCIE lab blueprint on Cisco live it means that this blueprint will be announced prior to that event (couple of months before). That leads us to the conclusion that there will be new blueprint announcement this month. There is a big possibility that predictions about changes written in my article about CCIE v5 blueprint here should be changed for the lab exam somewhere around April 2014. Everything in details will be described on that event where Cisco will give out all the details of changes in new CCIE lab v5 blueprint.

There was a chance of announcement this summer when I was following Cisco Live in Orlando. After the event went through it was obvious that there was no mentions about the CCIE lab blueprint change. Later I was reading some blogs about Cisco’s way of changing the blueprint. From all of them it’s clear that new blueprint is never announced on some Cisco live event. It’s always discussed in detail in first event after the announcement. We have this situation now. There is a Cisco Live event in Milan, Italy in February and there is an CCIE v5 blueprint event scheduled for 28.2.2014. Based on all those information we are almost sure to see the announcement this month.

I am studying for the exam for 6 months now!?!

For us studying for the lab exam, the old topology and all the topics from v4 are still valid but for how long?
Many of us will think of this as a kind of shock in a way that there are some changes coming out that will diminish all the efforts done in learning until now. From my perspective, maybe this is not the whole truth. I think that even the change in the exam and all the topics mentioned down here that would change will not necessary mean that the exam would become more difficult. My perspective is that if you are prepared to pass the CCIE lab on v4, you will be probably also ready to pass it on v5. My point is in that there is so many networking topics covered here that all the changes would not disturb you in your goal, maybe only those people who studied but not really with 100% understanding. The road to CCIE is not short, and is not easy either but it can be fun and in the end it will be worth the effort. Learn and enjoy the process to, not only thinking on the resulting cert. In that way, you will probably be more successful even in the CCIE lab changes a bit.

As someone who is trying to study for the CCIE R&S last few months now it is one of the most concerning questions these days.

Version 4 did run virtualized IOU (IOS on Unix) for the troubleshooting section of the exam. In the v5 there will probably be the whole exam with virtualized routers. I this way you can only hope to get 6 routers topology. It will more likely be some 20 or so devices in the lab. Switching part of the story, I don’t know what to say. I was hopping im my last port about this couple of months ago that there will be some real gear there. Hopefully some 3850 switches that are Cisco switches to be deployed in the future. But now it’s more clear that everything will go virtual.
Holly IOS

One thing that is good in virtualized environment is that there is no more 12.4(15)T on the routers, 12.2(46)SE on switches and so on. I would expect to see virtualized versions of IOS so we do not meed to worry anymore about software versions. This is one of the things that explains how the lab exam will be more focused on technology and less on the hardware.

How to cope with the change. There is nothing that can be done to pass this sort of lab exam except to know as many as you can learn from networking. This is why CCIE is so reputable. Because if you have it, it means that you know something. If you did bought some study materials, perhaps like me from INE, they will give you new materials with updates when they make the changes but the current versions have almost all you need and a lot to learn until you wait those updates.

I which you Nice study time and good luck on the exam!