DHCP – Dynamic Host Configuration Protocol is a configuration protocol for the host’s set of connections on the IP networks. Obviously, computers within IP networks should be configured to communicate with each other. But some other information is needed to understand the mechanical of online communication such as IP (internet protocol) addresses, default routes and prefixes. DHCP protocol will let you to get rid of manual handling of certain tasks with a network administrator’s help. A central database should be connected to a network, if this protocol incorporated into it so the chances relating duplicating resource assignments can be eliminated.

The DHCP can supply configuration information, boot servers, and additional hosts, which provide service. But this dynamic protocol is working on the IPv4 and IPv66 because both descriptions serve up almost the similar jobs. The reason for considering both versions as different is their dissimilar details. Host machines can obtain configuration facts other than just address configuration information with it. 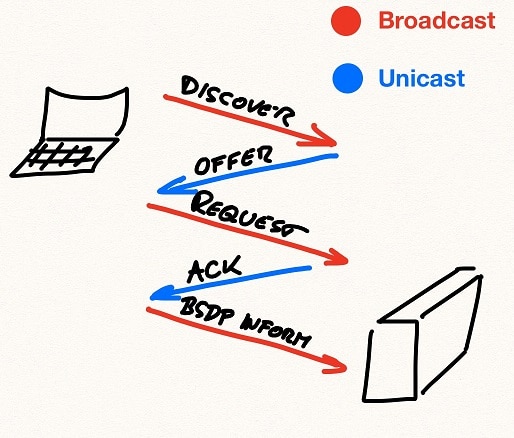 With DHCP protocol, the functions of data sending and receiving are performed using two different ports; these are originally allocated by the IANA (Internet Assigned Numbers Authority). Thus data sending task, to a server, can be performed with UDP port number 67, while a client can receive data with UDP port number 68 help. Though, DHCP communication is in temperament connectionless.

All DHCP actions are performed in following ways:

DHCP clients as well as servers over the single subnet can exchange information using UDP broadcasts. But if both are acting on the different subnets, then DHCP relay agent can be utilized.

Technically,Dynamic Host Configuration Protocol is useful for big and small networks. It can make the process of adding new device quite simple and trouble free within a network. The DHCP server can choose and use anyone from the following three IP-address allocation methods as: