MAC address flooding attack is very common security attack. MAC address table in the switch has the MAC addresses available on a given physical port of a switch and the associated VLAN parameters for each. 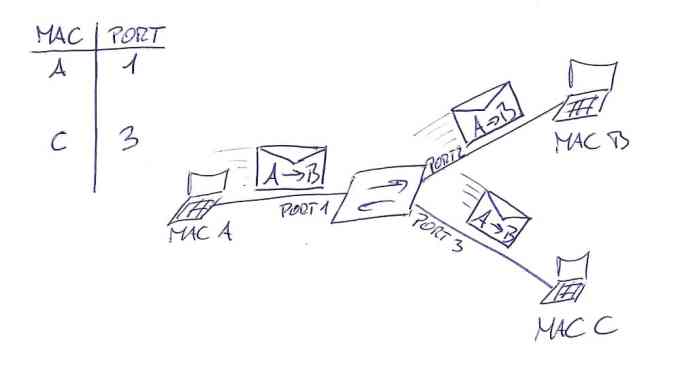 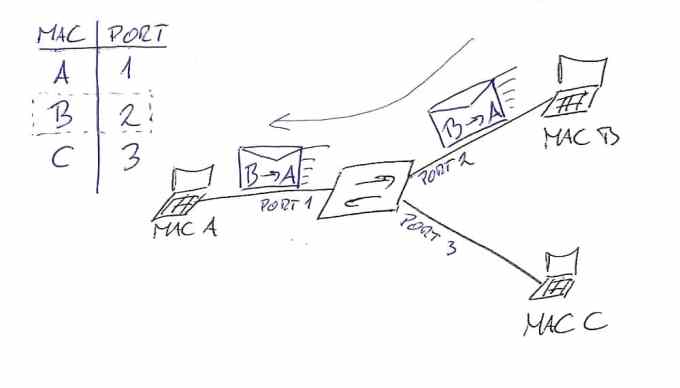 PC B receives the frame and sends a reply to PC A. The switch then learns that the MAC address for PC B is located on port 2 and writes that information into the MAC address table. From now on any frame sent by host A (or any other host) to host B is forwarded to port 2 of the switch and not broadcast out every port. The switch is working like it should. This is the main goal of switch functionality, to have separate collision domain for each port on the switch. 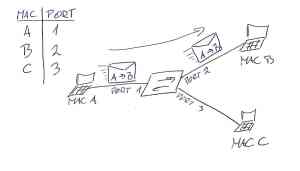 But this is where the attacker is coming into play. The key to understanding how MAC address table overflow attacks work is to know that MAC address tables are limited in size. MAC flooding makes use of this limitation to send to the switch a whole bunch of fake source MAC addresses until the switch MAC address table is fully loaded and can not save any more MAC address – Port mapping entries. The switch then enters into a fail-open mode that means that it starts acting as a hub. In this situation switch will broadcasts all received packets to all the machines on the network. As a result, the attacker (in our case “PC C”) can see all the frames sent from a victim host to another host without a MAC address table entry.

In this case, an attacker will use legitimate tools for malicious actions. The figure shows how an attacker can use the normal operating characteristics of the switch to stop the switch from operating. 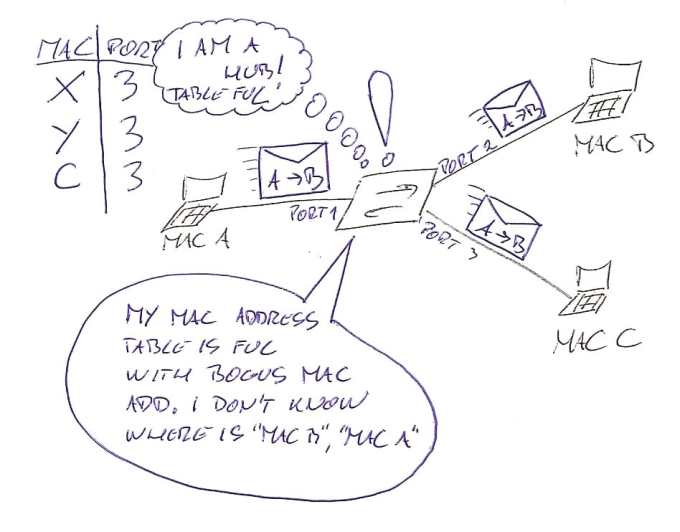 Pictures 5 – Switch mac address table full of bogus mac addresses acts like a hub and is vulnerable to frames sniffing.

As long as the network attack tool is running, the MAC address table on the switch remains full. When this happens, the switch begins to broadcast all received frames out every port so that frames sent from host A to host B are also broadcast out of port 3 on the switch and the attacker can sniff them.

WoL – Wake On LAN
Proxy ARP
How to Enable Dot1x authentication for wired clients
What is route recursion
How can router decide so fast?
Solicited-node multicast address