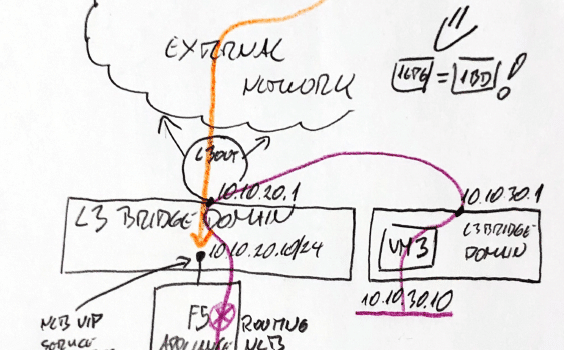 Sometimes you will have some L2 domains (Bridge Domains – BD) in your datacenter that will be used with hardware appliances like F5 NLB or something like an additional firewall, WAF or something similar. That is the case where ACI will not route or bridge but the only L3 point of exit from that kind of segment would be on actual hardware appliance outside ACI Fabric – connected to the Leaf port.

F5 is directly connected to ACI Leaf and routing from 10.10.10.0/24 subnet (L2 BD) is done directly on F5 device which is default gateway for that subnet endpoints. 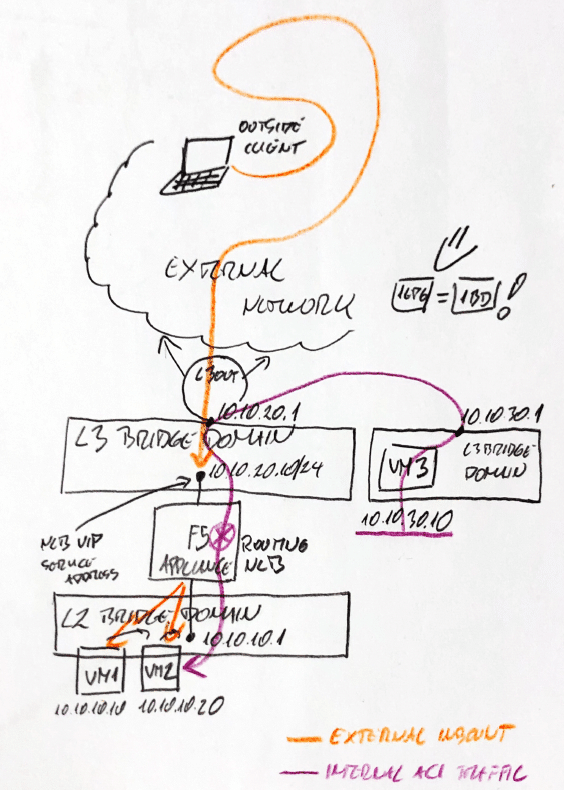 In those cases for some particular implementations when you decide not to use PBR or Service graphs, it will happen that appliances like our F5 would become L3 termination for some ACI L2 BD like the 10.10.10.0/24 from my beautiful image above.

END_OF_DOCUMENT_TOKEN_TO_BE_REPLACED

How to Advertise a Route from ACI Layer2 BD Outside the Fabric? was last modified: April 17th, 2019 by Valter Popeskic 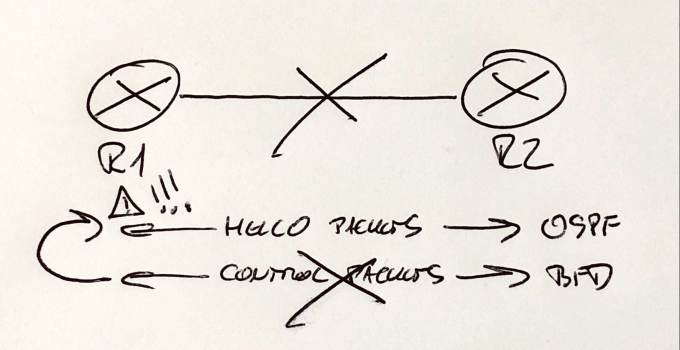 If there’s no BFD

If you have two routers directly connected, like here: 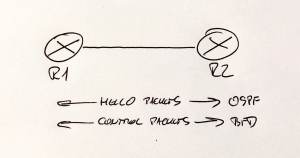 In this case, it is normal that one of them will remove the routes learned from the other if the other one goes down completely. It is because the link will go to down state and the routing protocol adjacency will disappear. 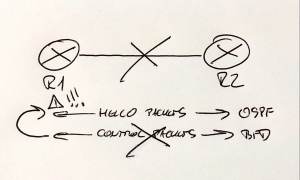 If two routers are connected through an L2 device (switch) like down here:

In this case, when one of them goes down, it will not take down the interface of the L3 neighbour (other router) because the switch will still work fine and it will keep the other half of the like up:

Routing protocols timers are not a bad mechanism and they can be tuned so that they detect the failure faster.

You can probably guess by now that to speed things up the BFD from the title will be the best solution.

END_OF_DOCUMENT_TOKEN_TO_BE_REPLACED

In case you wondered how to redistribute static routes into dynamic routing protocol you are at the right place. This is normally a basic thing to do, but I will let you know how to do it in different ways on different vendor devices so it might be interesting.

We will go through few examples of normal static to OSPF redistribution and then see how it can be partially done with only part of static routes using route filters. I’ll do it on Cisco and Juniper devices so we can see what’s the difference.

In Cisco CLI, redistribute static is fairly simple thing to do:

But you need to know that this simple command will take all static router available on that router and push them to OSPF and redistribute them to all other routers participating in that OSPF process.

If you want to redistribute just some of the static routes, or in our next example only static route towards the network 10.10.10.0/24 you need route map filtering in redistribution command to reference only that one network:

END_OF_DOCUMENT_TOKEN_TO_BE_REPLACED 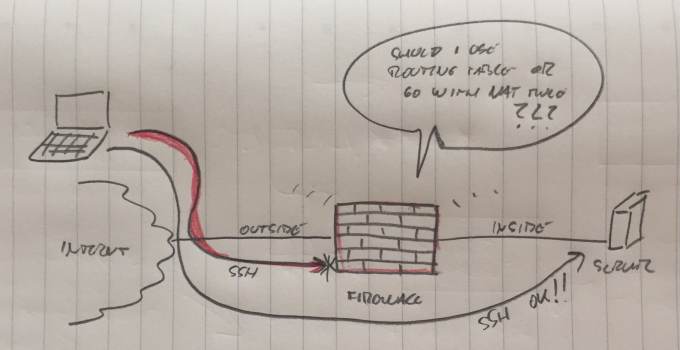 I stepped on this issue few weeks ago. I was implementing a new ASA Firewall solution, first time for me with software newer than version 8.4.2

It seems that all those stories about changes in the NAT logic after that version were true. This is what I found out about ASA packet processing. 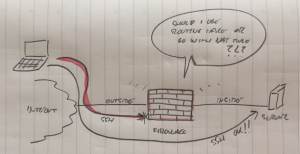 Configuration was really straightforward and everything worked fine except one thing. When connected remotely using Cisco AnyConnect I was able to access all devices inside the network (inside ASA firewall), but not the ASA itself. I wasn’t able to connect with SSH nor with ASDM.

END_OF_DOCUMENT_TOKEN_TO_BE_REPLACED 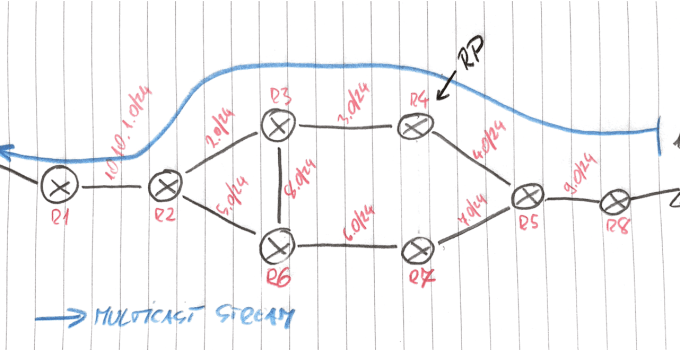 I’m fairly new to Juniper CLI. For one of my first tries, I decided to make my life difficult by starting with multicast configuration on virtual vMX routers running as VMs on VMware ESXi.

It took a lot of investigation about some part of this configuration specially the tunnel interface which you will see below. I decided to put it here all in one place with the explanation of every step because Juniper documentation tends to assume that you know more than me. If that is not the case, this short description is for you.