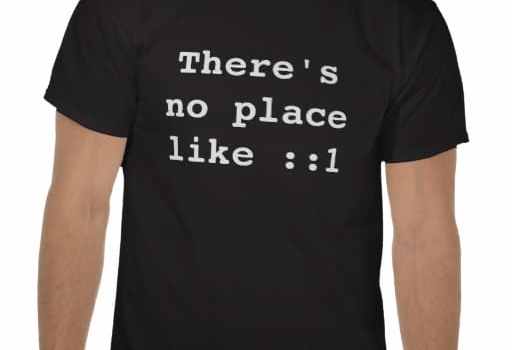 Some of these things I read in books and some of them took me few days of troubleshooting and sweating to get to them so I give them for free here to save you fellow networker some time:

The mighty SLAAC is the preferred method of IPv6 allocation, but is it so mighty? Or it only seems to be mighty and magic? Your computers or mobile phones in order to use SLAAC must be convinced to do so by the router RA message. That message includes the A flag set beside the prefix and all other info. That kind of RA message will tell the device receiving the RA that he needs to make the “A” autoconfiguration on his interface using EUI-64 method.

But that’s not all.

RA messages will need to have also the O flag set. With the O flag end hosts will tell the router that they will use DHCP but only for the “O” other options. In the first place that other option will be DNS server IPv6 address which is not possible to get from router RA messages. Why? I’m sure that’s the most frequent IPv6 question. The fellows who made the RFC 4861 documents didn’t put that option inside RA Router Advertisement Message Format.

I did try to find a reason why not. Maybe the only partially reasonable answer is that DNS is a hierarchical system that needs to be centralised inside a network architecture and routers as devices that are running routing processes are distributed system (at least before we see SDN in real life). So the answer will be that is not okay to put allocation of DNS address rule on a system that is not centralised. It means that if you need to change DNS in a network with a lot of routers that are sending RA messages on their local subnets you would need to change the config on all routers one by one. That is the best answer that I did find until now, but this sounds more like an excuse that a real reason for this decision. If you put all the info together with the answer that fellows from RFC 4861 did actually make the wrong decision is in existence of fairly new RFC 6106 that proposes addition od DNS IPv6 address allocation in RA message.

END_OF_DOCUMENT_TOKEN_TO_BE_REPLACED

IPv6 Implementation beyond theory & How playing with RA messages may be issue-istic was last modified: May 8th, 2017 by Valter Popeskic

If we want to send previously prepared configs commands to Router via TFTP we can do this in very simple way and in this article we will se how to do it on Cisco and Juniper device.

When we use TFTP to download configuration commands to the router, he is not making an echo of each command which reduces overall time consumption, CPU consumption and increases speed.

In this example, we will configure this router by making it receive the file named RConfig from the server at 20.20.1.1 by using the Trivial File Transfer Protocol – TFTP. The router will use the whole file received via TFTP before entering all the commands into the running configuration. This is particularly good because some commands in the configuration process could prevent your access to the router by locking you out or disconnecting you from the network, but the rest of the commands might fix the issue. If you enter the same configurations manually using telnet or “configure t”, you would simply lock yourself out of the router and not be able to continue with your work. A usual example of this issue happens when you change an active access-list. When you enter the first line, the router puts an implicit deny at the end, which will break your connection. Entering commands by using TFTP avoids any of this kind of problem.

END_OF_DOCUMENT_TOKEN_TO_BE_REPLACED

Use TFTP to configure a Router was last modified: May 21st, 2012 by Valter Popeskic

A router is basically a computer like PC. We we see now all about router hardware components and what are they doing inside router

Routers have many of the same hardware and software components that are found in computers:

Routers hardware – How are the Routers made? was last modified: February 17th, 2012 by Valter Popeskic

END_OF_DOCUMENT_TOKEN_TO_BE_REPLACED

Routing – How are routers working? was last modified: February 15th, 2012 by Valter Popeskic

What is Router and what is he doing?

Router is the device that has the ability to route packets. In other words, primary responsibility of router is to find the best way for a packet to arrive at his destination network and forward packets from one network to the next one through this selected path. Devices on different networks would not be able to communicate if there is no router between those networks.

END_OF_DOCUMENT_TOKEN_TO_BE_REPLACED

Router – What is a router? was last modified: February 12th, 2012 by Valter Popeskic
ALL ARTICLES IN ONE PLACE