If a computer on local LAN network is turned off and administrator needs to do some regular maintenance on it, he will need to use Wake-On-LAN (WoL) to power the system up remotely.

Of course, network devices need to be configured to enable that kind of “magic” packet forwarding.

NIC cards on machines need to support WoL for this to work, but we don’t bother with this here..

WoL is sending “magic packets” to computer NIC card in order to start the system up. NIC which supports WoL is still receiving power when PC is turned off. NIC then keeps listening on the network for the magic packet and if received it will initialise the system boot process and power up the PC.

You would usually have a WoL server somewhere on you network which will be used to source magic packets. If you send magic packets across network segments (between VLANs or from some remote subnet), last router in the path, one having client subnet locally connected, needs to be configured with directed broadcast. The first router on the path, router with server subnet locally connected, should have ip helper configured pointing to directed broadcast IP address (in our case 172.19.1.255).

In our example below, both ip helper and directed broadcast are configured on the same L3 device since this is the only router connecting two subnets.

Directed broadcast on Cisco devices is off by default since IOS 12.0 and needs to be configured on specific subnets where WoL will be needed.

You need directed broadcast because PC which needs to be woken up is asleep and while asleep it will not have an IP nor it will respond to ARP. Only way to get some packets to that PC without an ARP resolution is by using local subnet L2 broadcast.

Furthermore, we can surely assume that your PCs are connected to L2 Access Switch. That switch will not know to which port is the PC connected while that PC is asleep. Only a Layer 2 broadcast (and unknown unicast) will be sent out all ports on a switch. 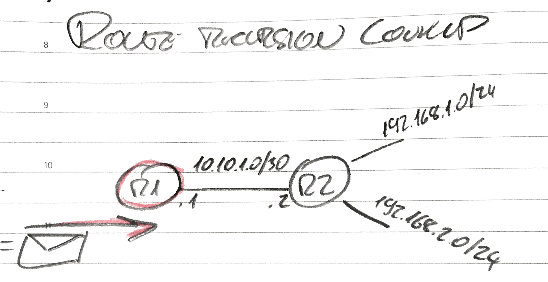 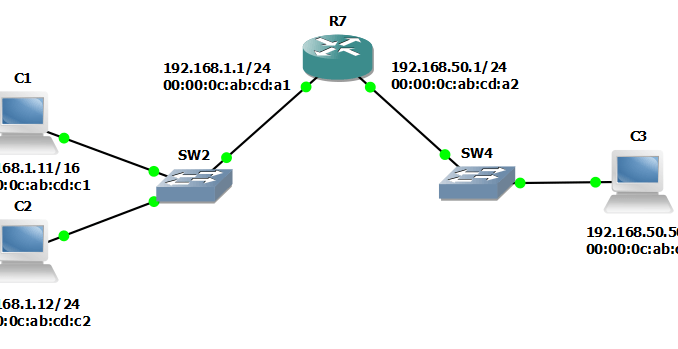 How attacker can launch man in the middle attack using ARP spoofing and what is ARP spoofing?
Attackers can attempt to launch an attack by sending gratuitous ARP – GARP replies. GARP reply messages are sent from some device in the network to other without the prior receiving of a request for sending a ARP reply. Is an ARP reply without cause. This reply without cause can tell network devices that the attacker’s MAC address corresponds to specific IP addresses that is actually IP address of some other device in the LAN.

Address Resolution Protocol (ARP) cache is a table where router or computer is keeping Layer 2 MAC addresses to Layer 3 IP addresses mappings which hw resolved lately. Without MAC to IP mapping the device would not be able to build and send IP packets.

Device discovers the MAC to IP mapping using ARP protocol Broadcast requests on the local subnet and saves the mapping in the ARP cache. If a device wants to send a packet to a neighbour, and it doesn’t have a corresponding MAC address, it sends out a broadcast ARP request packet. This broadcast packet reaches every device on the local subnet. Everybody will receive that ARP request packet but only the one device with the IP address mentioned in  ARP broadcast request packet responds back with an ARP response packet to complete the process.