This is an article from the VMware from Scratch series

During the process of preparation to Install Tanzu Kubernetes Grid Integrated Edition (TKGI v1.8) on vSphere with NSX-T Data Center (v3.0.2) one of the steps is to use Ops Manager to deploy Harbor Container Registry (in this case v2.1.0).

The process of deployment ended with Harbor error several times so I’m sharing here my solution in order to ease things out for you giving the fact that I didn’t come across any solution googling around. 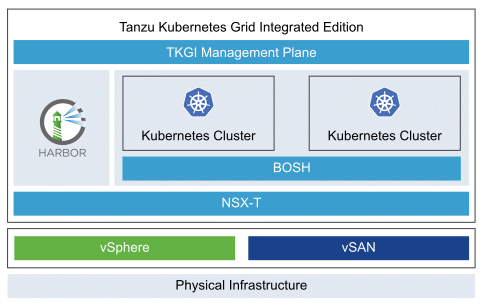 In the process, the Harbor Registry product tile is downloaded from the VMware Tanzu network portal, imported in the Ops Manager installation dashboard, and selected to be configured and prepared for deployment into the VMware environment. 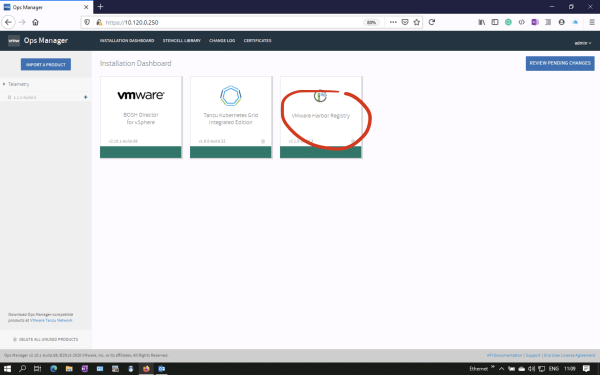 After the proper configuration is entered and saved the process of deployment can be initiated by selecting “review pending changes” in the upper right corner: 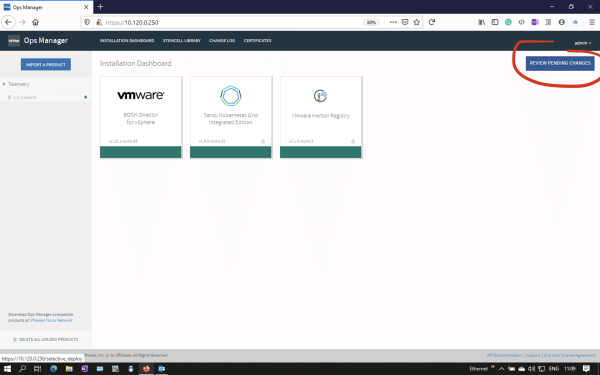 We can then see what are the changes made across all ops manager tiles (products) that he is managing and we can initiate the deployment in which, in this case, harbor local registry form our Tanzu environment will be deployed and enabled based on our previously entered configuration: 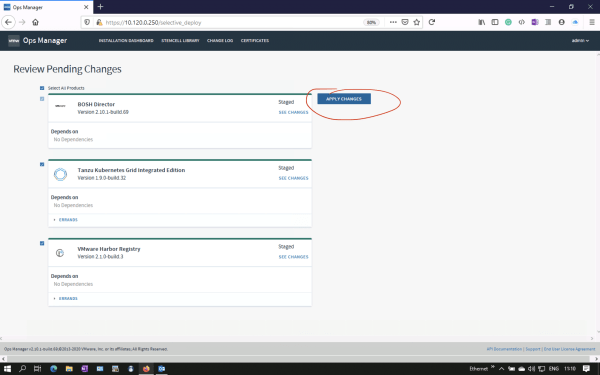 Unfortunately in my case, that deployment, after minutes of crunching different steps of deployment ended with errors. Deployment error logs can be found directly from the ops manager GUI by selecting the “change log” menu on the top: 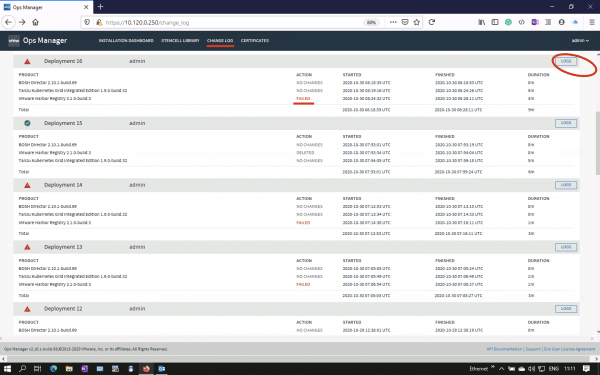 Deployment error logs can then be opened for reference, in this case, the errors were referencing: 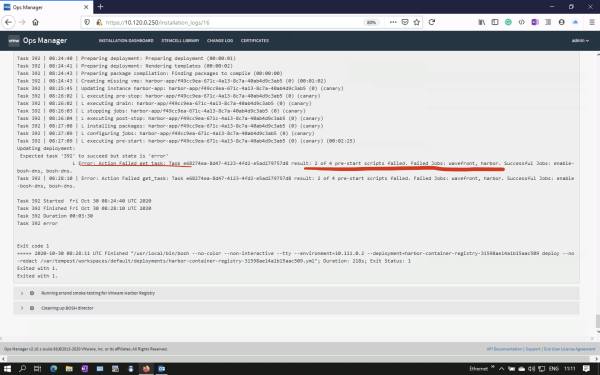 There was not much on the community sites where similar errors are listed. All the errors listed were for some other products within ops manager deployment. After some time troubleshooting the issue, I went to play with different changes in the configuration of the Harbor registry product itself and found out that I used a complicated user admin password in the Credentials configuration. After changing that password to something not containing special characters the deployment finished without errors. 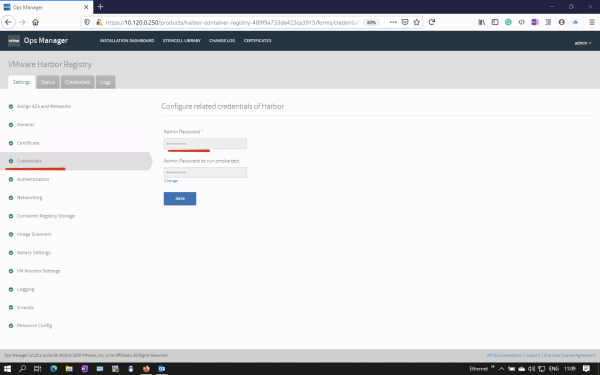 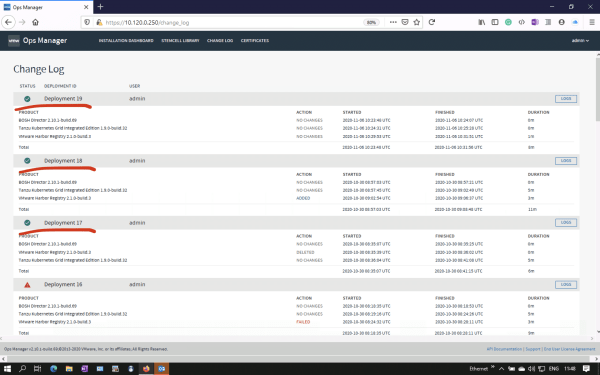