If you are configuring Cisco ACI datacenter fabric it will sooner or later get to the point that you need to configure multiple objects inside the GUI which will, by using the click-n-click method, take a huge amount of time.

While using POSTMAN to create multiple objects of the same type is the preferred method that everybody is speaking about (because you can generate REST API calls using Python or something similar), the quickest way to do it is using POST of JSON configuration file directly through the GUI.


As described above, the POST of JSON for some simple yet repetitive configuration is the way to go. Let’s see how it’s done:

Creating multiple BDs inside a tenant in Cisco ACI: 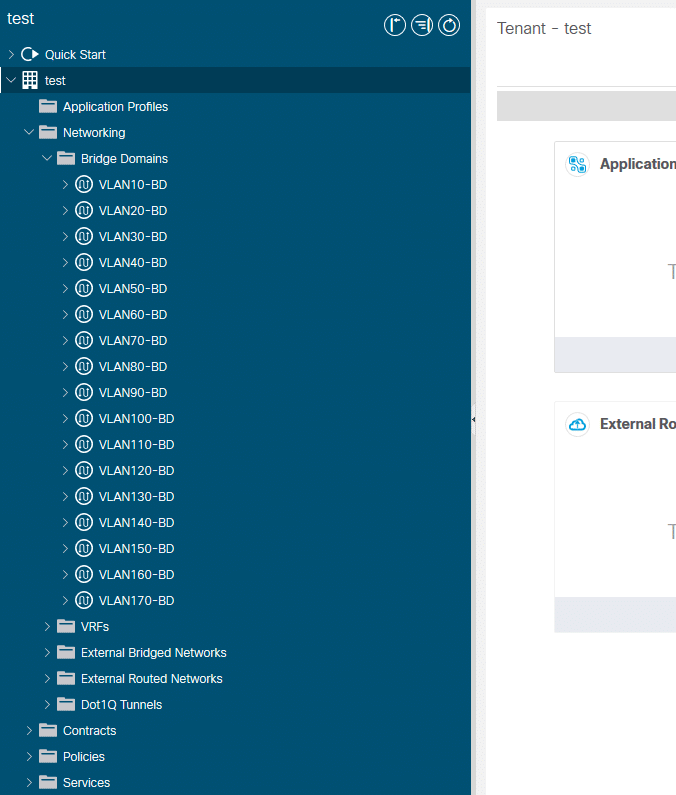 What is the reasoning behind that way of doing this and not API call?

If you need to get those objects created fast, and you are not planning to do that kind od changes often, creation of multiple objects at once is easier with POST of JSON in the way described below.

POST of JSON is quicker because you don’t need to bother with going through REST calls generation and all that Python process of code generation for something you will do only once or twice.

Create or Edit a File on Cisco IOS Flash